This area is for professional installers of Dynamco products only. For general help or enquires regarding installation or technical information on any of our products, please contact our helpdesk.

We invite our dealers and professional installers to apply for a secure username and password by completing this form. Our staff carefully inspect all applications, as we try to avoid revealing security related information to the general public. Please ensure you supply sufficient information to process your application. 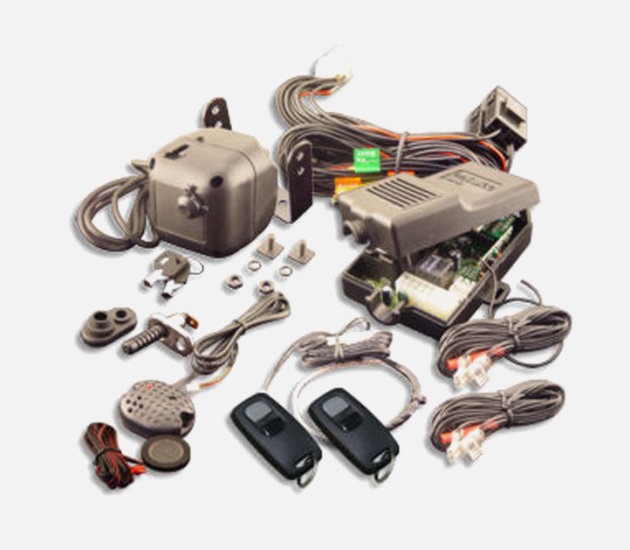 The Turbo versions of the P385 and P785 incorporate all the features of the standard systems, except Anti-Hijack. Two versions of Turbo software exist:

TAL – Turbo alarm includes software which allows the Alarm to arm while an external Turbo Timer keeps the engine running. The alarm is active immediately after a valid remote is pressed, but the immobiliser will activate only after the turbo timer cycle has finished.

ITB – Turbo Software keeps the engine running without an external turbo timer. Only when the car has been driven for more than one minute, the timer becomes active. The engine will continue to run for 2 minutes after the ignition is switched off. To manually stop the turbo cycle, press the secondary button on a valid remote control.

These systems must be pre-ordered from your installer.

Arming procedure while ignition is off

The system will arm immediately if the main button of a valid remote control is momentarily pressed, the doors will lock and all security functions will become active.

Arming procedure while ignition is off and turbo timer is on

The system will disarm when the main button of a valid remote control is pressed.

The car's engine is automatically immobilised 40 seconds after the engine has stopped. The auto-arming feature is disabled while the system is disarmed and the ignition switch is in the ON position.

Additional immobilisation circuits can be added to conform with insurance company requirements.

All relays are fully encapsulated to provide protection against dust and moisture.

Service technician can delete lost or stolen controllers from memory.

Two CR2016 Lithium batteries have a expected average life span of between 9 and 18 months (depending on usage). Battery manufacturer may vary due to availability of stock.

All cables extending from the control module are black and same diameter. Identifying wire tags are removed by the installer during installation of the system

Plug and play for service

Designed to allow easy access for service technicians. Plugs and sockets are located inside the main control module to protect against access by thieves

Connector plug is enclosed within module case to prevent access by thief.

Cutting any immobilisation wiring will still leave the car secure. Bypassing security is not possible by simply removing the system from the vehicle

If the valid controller are lost, stolen or broken, the user by over-ride the system by enter the secret four digits via the ignition switch

A factory programmed PIN comes standard with each system. It is recommended the owner of the system changes the PIN to a new, easily remembered number

Immobiliser always re-arms to protect vehicle. Re-enter PIN if vehicle needs to be driven after auto-arming has occurred

Disable siren sound when vehicle is taken in for service

A record of the factory programmed override PIN is supplied on handy wallet sized card.

This LED flashes to inform user when system is armed. The LED is mounted on the driver's side dash and is visible from outside the window

This LED flashes to inform user when system is armed. The LED is mounted on the driver's side dash and is visible from outside the window.

System will flash indicators to report the last triggered circuit

AS/NZS 3749.1:2003 Class A approved 115dB siren, sounds even if battery terminals are disconnected from vehicle battery

Siren produces a subtle 1KHz tone when arming and disarming, but sounds in full when triggered.

Can be used to trigger car horn relay or siren

System sounds a siren when arming and disarming.

Momentarily press the second button of the remote control before pressing the main button, the siren will not chirp during that one operation.

Uses the sound of the breaking glass to trigger (not vibration).

Sensor measures vehicle angle with respect to earth, triggers if angle changes - no response to vibration.

Locks and unlocks all doors

System will re-arm and re-lock doors if previously disarmed by remote control and doors remain closed.

Allows user to unlock driver's door before unlocking all other doors

<10mA average while armed. <250mA disarm (and for no more than 39 seconds after ignition is switched off).

The system circuitry is design to protect itself against accidental battery polarity reversal. This can happen when replacing the vehicle battery

The power supply wire to the system is protected against an internal fault within the system.

Alarm can be armed while turbo timer keeps engine running, then fully arms when engine stops or if connected door is opened

System switches courtesy light on for 30 seconds or until ignition switch is turned on, when disarmed

Siren will chirp 8 times if door is open, and 6 times if bonnet is open; while system is being armed

System will flash indicators twice when ignition is turned on to report remote control battery is low.

Complete installation guide and specifications for the Alarm/Immobilisers.

Informs the end-user of the system's functions, features and limitations.

Guarantees remote controls, siren and sundry items are free from manufacturing defects for 12 months from time of purchase